Everything you need to know about Native Women's Equal Pay Day

The average Native woman in the U.S. worked until Nov. 30, 2022 to earn what a white, non-Hispanic man earned at the end of 2021. That comes out to about 57 cents earned for every dollar made by their white male counterparts.

As a country, we’re just now understanding how wide the gaps actually are for Native American workers. For example, the Bureau of Labor Statistics announced this year that they would begin publishing monthly economic data for Native Americans. Hopefully, Native Women's Equal Pay Day will one day be a thing of the past. But for now, here’s what you should know.

Native Women’s Equal Pay Day is a derivative of Equal Pay Day, a public awareness campaign launched in 1996 to bring attention to the female wage gap. Since then, Equal Pay Days have been observed for AAPI women, Black women, Hispanic/Latinx women, and other underrepresented groups.

This year, Native American Women's Equal Pay Day falls on November 30, marking how long the average Native American woman with a full-time job would have to work to reach the salary a white, non-Hispanic man earned the year prior. In all, Native American women had to work nearly an extra year to make up for this wage gap. Over a lifetime, this results in an estimated $986,240 loss over the course of a 40-year career, according to research from the California Commission on the Status of Women and Girls.

Equal pay matters because people matter. End of story. But some context and perspective may be helpful in understanding just how steep the wage gap is for Native American women. After all, that’s what Native Women's Equal Pay Day is about.

Here are some facts to bear in mind on Native Women's Equal Pay Day:

Read up on policies that can help close the pay gap

The existence of the wage gap speaks to both structural and institutional obstacles to pay parity. On the federal level, there are a number of policies that could be leveraged to help close the wage gap for Native women. On Native American Women's Equal Pay Day, take time to learn about the following pieces of legislation:

Closing the wage gap will be a multifaceted effort involving local businesses, large corporations, government entities, nonprofits, and more. For now, learning about the policy possibilities can help you uncover ways to support marginalized workers.

If you haven’t already, consider taking time to learn about the Indigenous territories and lands that your workplace or even your home occupy. Visit Native-Land.ca for an interactive map to learn about the Indigenous communities that inhabited the land at any given address. From there, you can use resources like the National Museum of the American Indian’s online offerings, including webinar series on land and water, food sovereignty, U.S. federal Indian policies, and more, to dive deeper into Indigenous history.

Facilitate connection, inclusivity in your workplace

Be a part of creating change on an interpersonal level by taking initiative and asking your colleagues what they need to feel supported and included at work. Maybe an Employee Resource Group (ERG) is what a team member needs to feel supported or included at work. Perhaps something as simple as starting a conversation about Native Women's Equal Pay Day could be a good segue to diving into other issues related to diversity, equity, and inclusion.

Advance equity and inclusion in the C-suite with AboveBoard

The fact that Native American women need to work nearly 11 months into the coming year to earn what white, non-Hispanic men earned the year prior should be a wake up call to the vast inequities that remain in our society. At AboveBoard, we recognize that we all have a role to play in advancing diversity, equity, and inclusion. For us, that looks like reshaping the global executive workforce to be representative of the population.

AboveBoard’s executive platform and community empowers candidates who have been historically underrepresented in the executive ranks by offering transparent access to career opportunities. We believe that diversifying leadership has the power to drive more inclusive decision making, instill more fair hiring practices, and create better service from today’s leading companies.

In 2022, the average Black woman worked an additional 264 days into the new year to earn what a...

END_OF_DOCUMENT_TOKEN_TO_BE_REPLACED 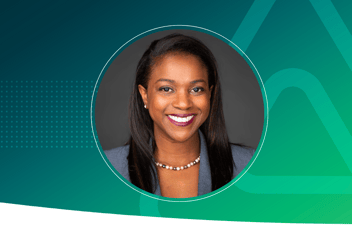 Ruby Powell-Dennis describes herself as a people-focused leader who is passionate about service.

END_OF_DOCUMENT_TOKEN_TO_BE_REPLACED 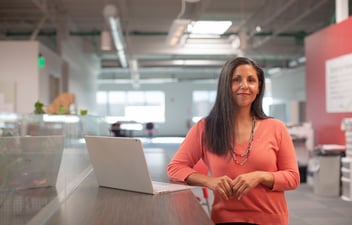