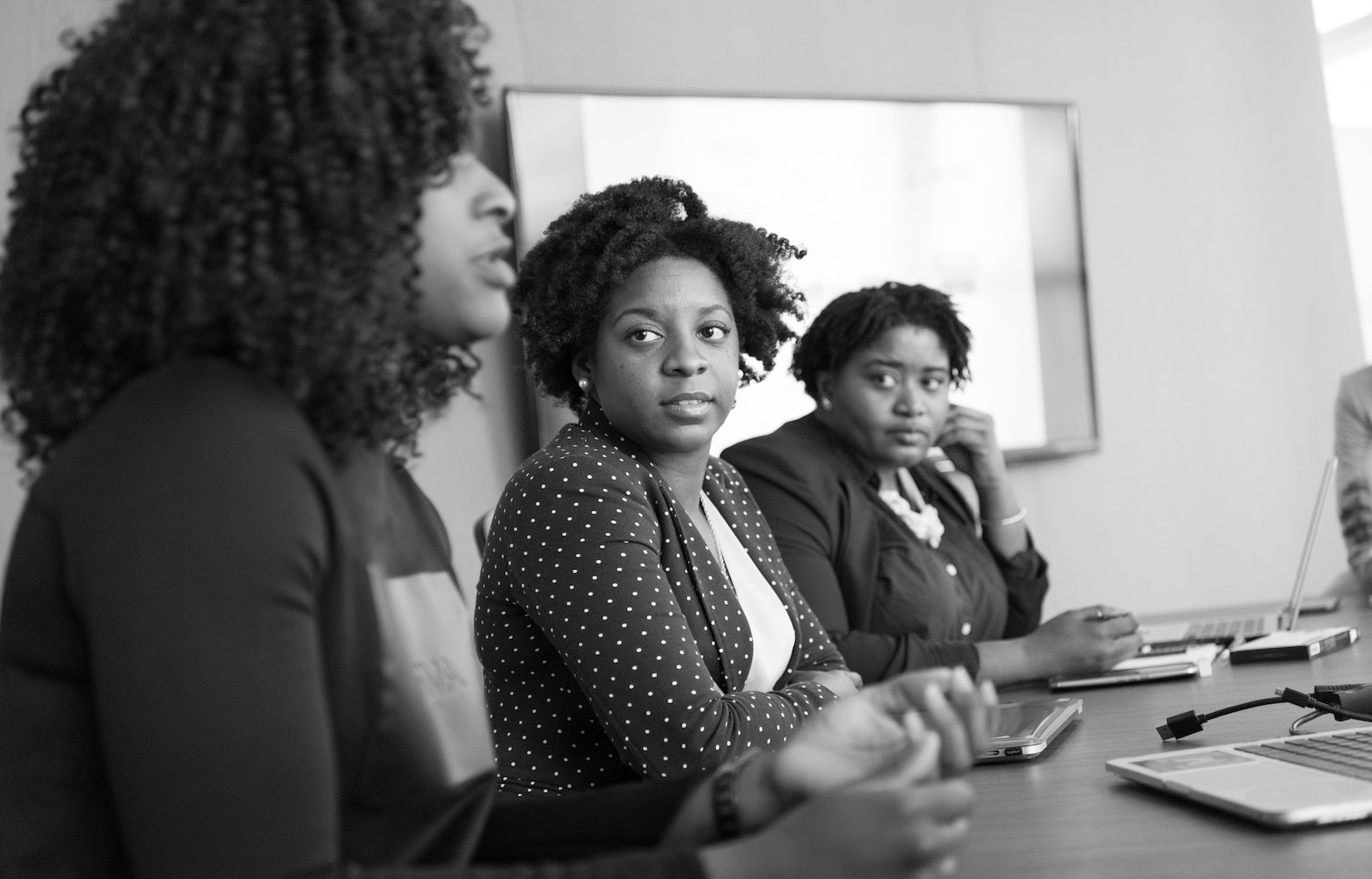 The lowdown on inequity and steps to support Black women.

In 2022, the average Black woman worked an additional 264 days into the new year to earn what a white non-Hispanic man made the previous year.

Let that sink in for a second—the wage gap is such that, on average, Black women need to work for 21 months to earn the same pay that a white man earned in 12 months.

Black Women’s Equal Pay Day 2022, marked on September 21, that 264th day, points to the significant and growing wage gap for Black women. It's not a day of celebration; rather, Black Women's Equal Pay Day is intended to draw attention to one of the many disparities people of color face. If you want to drive diversity, equity, and inclusion, you have to talk about pay parity, or the lack thereof, too.

“In 2020, the average woman working full-time, year-round, for wages or a salary earned 83 cents for every dollar paid to their average male counterpart,” President Joe Biden said in his 2022 Equal Pay Day proclamation. “And once again, the disparities are even greater for Black, Native American, Latina, and certain subpopulations of Asian women when compared to white men.”

Enter National Black Women’s Equal Pay Day, a time set aside to specifically consider the wage gap between the average Black woman and their white male counterparts. According to the latest available data from the U.S. Department of Labor, "Black women earn 63 cents for every dollar earned by white, non-Hispanic men."

How and why does the wage gap for Black women exist in the first place?

The answer to this question is multifaceted and intersectional. The National Partnership for Women and Families encapsulates it this way: “The wages of Black women are driven down by a number of current factors including gender and racial discrimination, workplace harassment, job segregation and a lack of workplace policies that support family caregiving, which is still most often performed by women.”

The earnings gap for Black women is growing, according to a March 2022 U.S. Department of Labor report. In fact, Black Women's Equal Pay Day fell earlier last year, on Aug. 3, 2021, showing that Black Women are actually moving backward, not forward, when it comes to reaching pay parity with white men.

According to the DOL report, Bearing the Cost: How Overrepresentation in Undervalued Jobs Disadvantaged Women During the Pandemic, “Too often workers of color suffer disproportionate harm in economic downturns, and face intersecting discrimination and devaluation in the labor market that exacerbated pre-existing vulnerabilities."

This happens due to what the department refers to as supply-side and demand-side factors. On the supply-side, factors like social norms informed by stereotypes, education and training gaps, disproportionate caregiving responsibilities, and smaller professional networks or access to mentors can all contribute to occupational segregation. And then on the demand-side, workplace discrimination in recruitment, hiring, evaluations, and promotion furthers the divide for Black women and other underrepresented groups.

“Occupational segregation creates many inequities in the labor market. It causes lower wages for women, people of color and their families, and is a significant contributor to gender and racial wage gaps,” according to the DOL. “This report finds that, in 2019, using decompositions of the causes of the gender and racial wage gap, Black women lost $39.3 billion and Hispanic women lost $46.7 billion in wages due to differences in occupations and industries relative to white men.”

Support Black female execs in the C-suite and beyond

The reality of the wage gap for Black women, and thus Black Women's Equal Pay Day, persists in part because of systemic issues. But that doesn’t mean organizations, workplaces, and even individuals, can’t play a role in bridging the divide. Here are just two simple ways to start working toward making Black Women’s Equal Pay Day 2022 a thing of the past.

Salary range transparency reduces the wage gap, per findings from the National Women’s Law Center. Women “lose out” when employers request salary expectations without first offering details about the position’s pay, according to the center. On the other hand, salary transparency “levels the playing field in negotiations, and helps applicants and employees detect and remedy any unjustified pay disparities.”

Another step toward pay transparency? Conducting quarterly or annual pay audit reports and making them available to all employees. These reports “can be used to assess any differences in pay related to gender and race,” writes Minda Harts, Founder and CEO of The Memo LLC. “If we want to recruit and retain women of color, then we have to make sure there are no signs of wage theft practices,” Harts said.

There are only six Black chief executives among this year’s Fortune 500 companies. And of those six CEOs, just two are Black females. Though the number of Black CEOs in the Fortune 500 is at an all-time high, there’s “still a sizable parity chasm,” according to Fortune. If the CEO makeup of the Fortune 500 was “reflective of U.S. demographics, there would be more than 65 Black CEOs leading America’s largest public companies.”

Hiring inclusively doesn’t have to be complicated. In fact, it can start out as simply as taking a look at recruitment criteria, materials, and processes to 1) ensure your commitment to diversity, equity, and inclusion is on display and 2) strengthen descriptions with inclusive language. For more, check out AboveBoard’s quick overview of strategies and best practices to recruit diverse talent. Of course, putting your best foot forward when it comes to DEI is one thing; it’s another thing entirely to create an inclusive culture where diverse candidates can thrive. Strategic diversity leadership is an essential part of an inclusive workplace, and it involves everything from mentorship and collaboration to workplace policies that hold people and systems accountable.

Work to close the gap with AboveBoard

At AboveBoard, we believe in the power of access and transparency to flip today’s executive paradigm. Traditional methods of executive recruiting, like retained firms and leveraging existing personal or professional networks, often leave out groups of marginalized executives, including Black, Latinx/Hispanic, and female leaders. That’s why AboveBoard’s platform exists—to connect underrepresented executives directly with high-level opportunities at today’s leading companies. We believe that by making C-suites and boardrooms more reflective of the world we live in, we're contributing to more fair hiring practices, inclusive decision making, and better service.

Ruby Powell-Dennis describes herself as a people-focused leader who is passionate about service.

END_OF_DOCUMENT_TOKEN_TO_BE_REPLACED 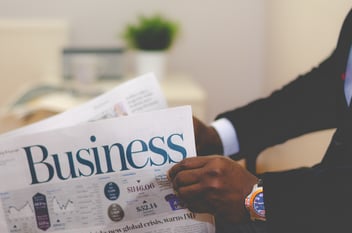 We are on a mission to expand board and executive opportunities

Our executive hiring platform removes the barriers to access in executive search.

END_OF_DOCUMENT_TOKEN_TO_BE_REPLACED 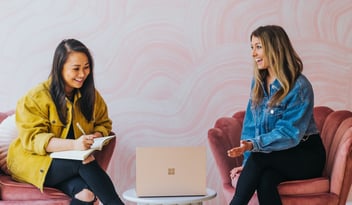 One year ago our Founder and CEO, Lucinda Duncalfe, founded AboveBoard.