“Lowering the bar” to meet leadership diversity goals is BS

Here's how to debunk this executive hiring myth with facts.

It was early in the pandemic. I took a call with a reporter out on our Brooklyn balcony hoping to feel the sun on my face after being cooped up during shelter-in-place. A few minutes into the interview about AboveBoard and our mission to diversify corporate leadership, the reporter asked, “Won’t that lower the bar?”

“That’s insulting!” I said angrily, along with some other indignant rambling.

“Why does it matter?” he continued. “Why does anybody care?”

The conversation ended with my sputtering, “Well, if that's how you see it, then there’s no reason for us to have this conversation.” And I hung up. Afterwards, I Slacked my team about what happened, “This is why we have to do this work!”

By the next morning, I realized that I hadn’t won my argument with the reporter. I’d lost it. He wasn’t going to write the story and I hadn’t changed his mind. I’d been emotional rather than logical, which didn’t work because he didn’t care. I realized that this reporter, a white man, may have felt threatened and shut down when presented with a moral argument for diversity.

If I'd met him where he was at, I could have built a bridge and proved why he was wrong - with logic. As frustrating as that conversation was, I learned a powerful lesson. Now when I talk about the importance of diversity at the executive level, I skip the emotion and lay out the facts.

Fast forward many months after my interview with the reporter. I’m in a meeting with a private equity firm that has a genuine commitment to diversifying their senior team to include more women and BIPOC investment professionals. After explaining the facts about the benefits of having a diverse team, one partner says, “We can’t afford to lower the bar.”

This time, I’m ready for him.

I pull out my bell curve graphic and explain, “We know that people’s performance in their job lies across a bell curve. Here’s your bar, with your existing candidate pool.” (I point to the high end of the curve). “It’s a very high bar.” They’re all nodding their heads. 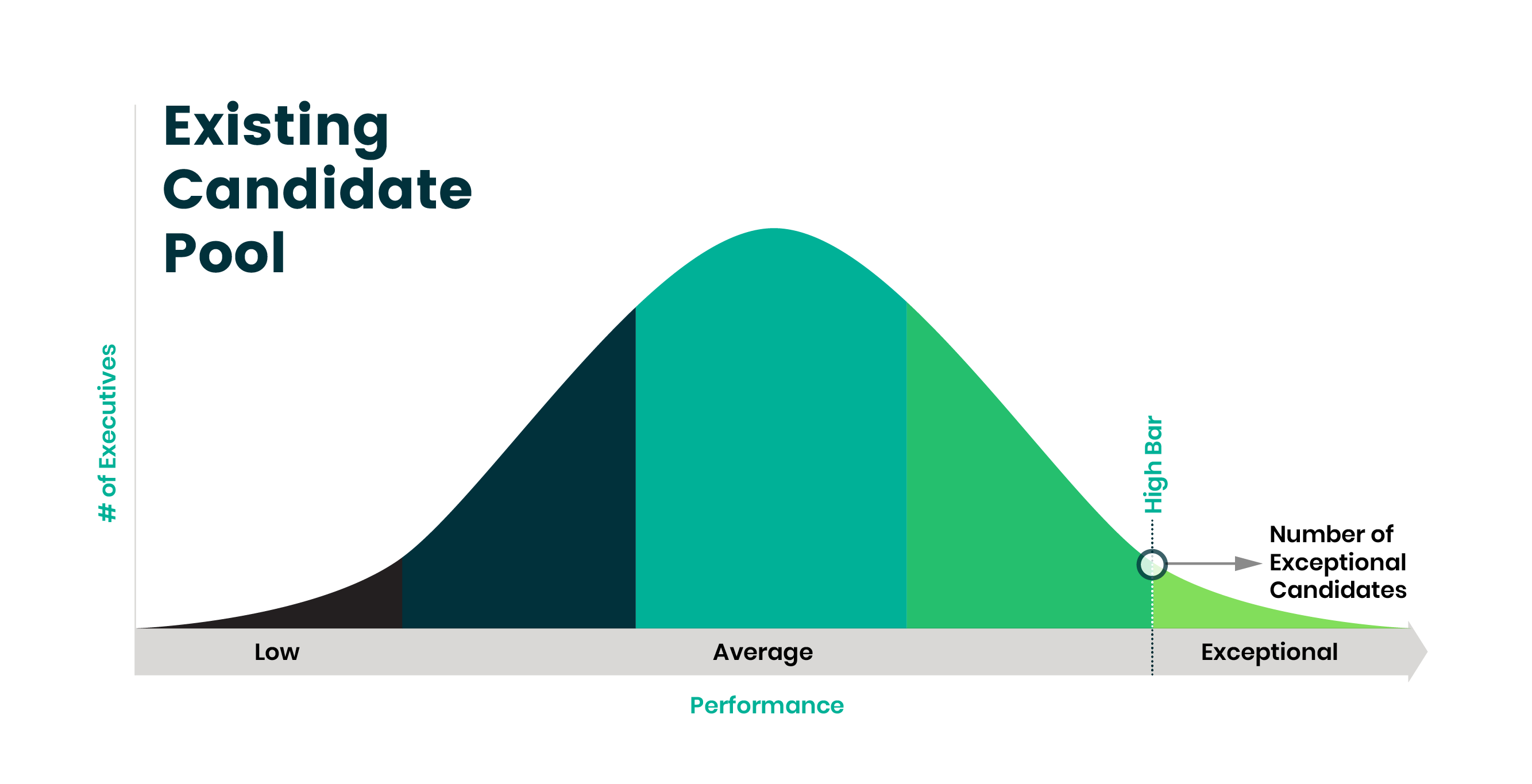 “Similarly, there’s a bell curve of performance across the people you’re not connected with today. There are probably a lot fewer of them and they are more likely to be women and BIPOC. Here’s that curve:”

“Now we’re going to add these additional untapped candidates — women and BIPOC executives — into your pool.”

In this particular case, the private equity firm got it and created a new strategy to diversify their leadership by reaching beyond their typical sources.

But sometimes people don’t get it, they see the picture like this:

And then I have to tell it like it is: “If you don’t believe the data that your company’s performance will increase, or the math that shows that the bell curve’s bar will rise, then there is only one conclusion: You’re saying that women and BIPOC candidates are worse than men and white candidates. And that’s conscious or unconscious racism and sexism. Is that what you believe?”

I believe in having straightforward conversations about hard topics as we work towards meaningful change. Taking a logical, data-driven approach has been an effective way to build a bridge, to meet people where they are, no matter where the conversation on diversity in leadership starts.

Where it leads is what matters the most. 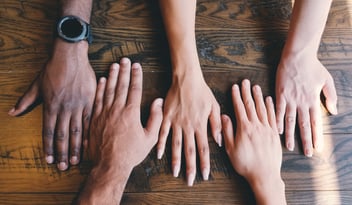 We may play HORSE, but we’re serious about our values

It was late fall 2021, and the AboveBoard team had a lot to celebrate.

END_OF_DOCUMENT_TOKEN_TO_BE_REPLACED

Leaders: It's Time to Train Your Brain

I believe more than ever in the importance of training your brain so that you can make good...