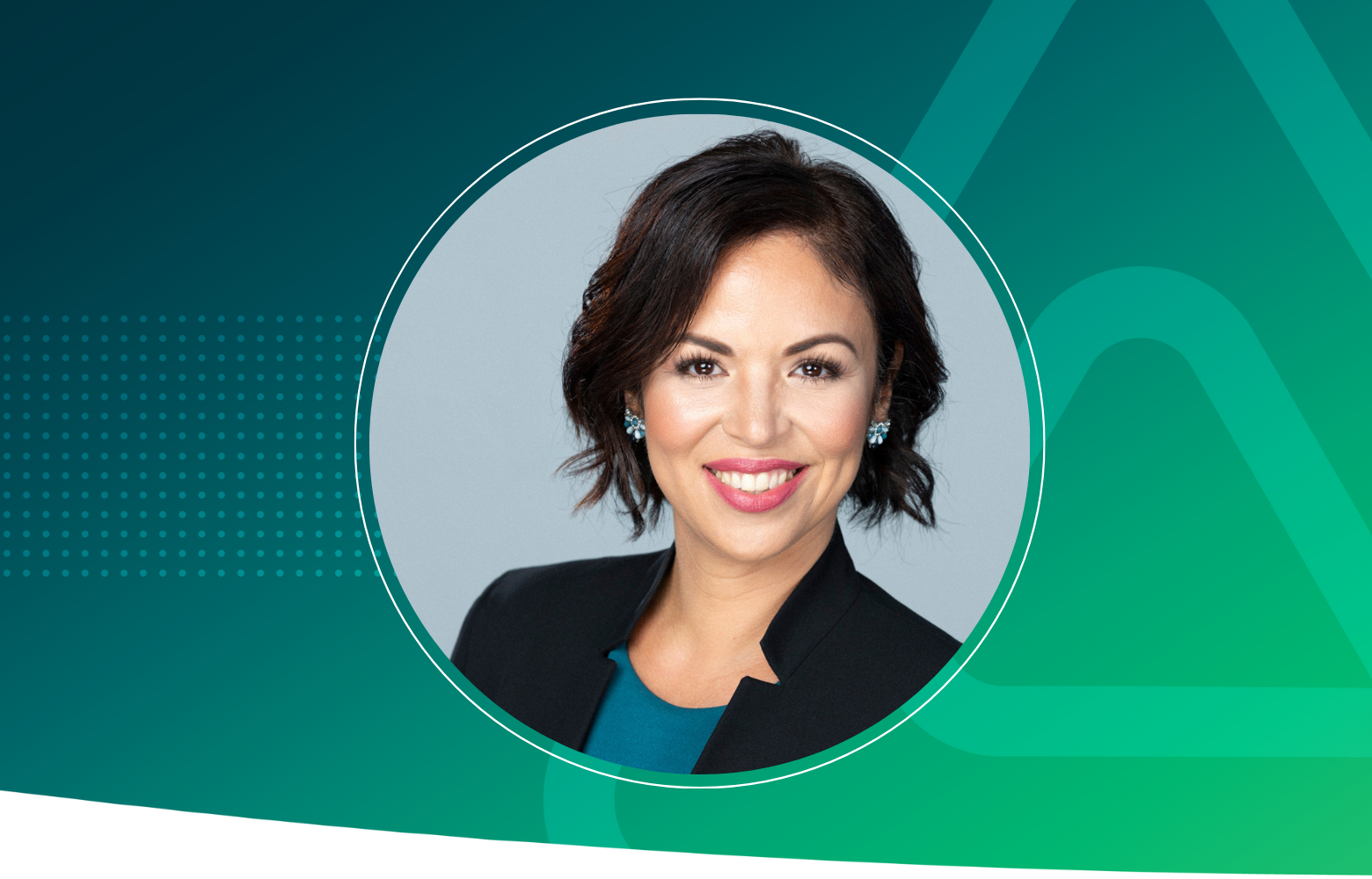 Isis Ruiz’s journey to the C-suite was anything but ordinary. After a brief legal career, Ruiz soon discovered the world of marketing and communications, a space that awakened her passions, reenergized her goals, and set her on the path to lifting up other underrepresented executives.

For Ruiz, it’s all about fully leaning into the twists and turns that ultimately end up shaping our careers. Often, this is where the learning happens. And Ruiz would know. The next phase of her career was, in some ways, the byproduct of a challenge she set for herself. The goal? Meet 100 new people. Through this endeavor, Ruiz’s connections expanded rapidly, as did her commitment to “paying it forward” and supporting organizations and groups dedicated to diversity. Ultimately, this quest led her to AboveBoard, where she landed her post as the incoming Chief Growth Officer for Virgin Voyages.

“The universe opens up and embraces you. The community you build for yourself, your own network, will then guide you to future contacts,” Ruiz said. “I met a hundred new people. Some of those seeds I planted then are still bearing fruit today.”

Ahead, we’ll chat with Ruiz about the power of mentorship and inclusion, what it takes to go after big goals, and how to reframe executive recruitment and the ascent to the C-suite.

To kick off our conversation, tell us about your overall career history and how you ended up where you are today.

It's sort of non-traditional. Because of that, I think it's made me a more well-rounded C-suite leader at this phase of my career.

I initially started my career in the legal field. I studied history in university, and I thought I'd go to law school. My university years and onward were focused on internships and then working full-time in large law firms in New York City. I worked in mergers and acquisitions groups, corporate law, the real buttoned-up New York City environment. It was super challenging, super interesting. I really loved the work, but as the work became more intense, I found myself wondering: Do I love this enough? Do I love this enough to put in the type of hours needed to be successful? If the answer is no, I probably need to pivot.

Between my internships and full-time work, I landed an entry-level communications role at an insurance law firm. It was still buttoned-up; there were a lot of similarities from a cultural standpoint, meaning I had already been groomed, polished to operate in those spaces. The communications aspect was a nice pivot because it taught me the power of storytelling. That is something I've carried with me since then.

The most important thing that happened during my two years there was my work assisting the CEO as essentially the chief of staff. He would bring me into meetings, and I would capture the notes. I didn’t have a speaking part, but it was the first time I was in the room where it happens, seeing how these decisions are made, seeing how influence is exerted. He gave me that level of confidence and trust and also pulled back the curtain a little bit.

That was the first time I thought to myself, "Maybe I can be at these tables and I can help drive decisions. Not tomorrow, but down the road as I build on my career, maybe this is something I can aspire to." Because there was no one who looked like me at those tables.

I appreciated his mentorship, and the access to that space is what changed my understanding of where I might want to take my career.

How did your experience in communications and storytelling ultimately alter your career trajectory?

My husband got an opportunity to move to Miami for work, and soon after I landed an entry-level communications role at a financial services company. Then, someone said, "Hey, there's an entry-level marketing role at Carnival." I said, "Sure. I know nothing about the travel industry. I know nothing about cruising." Instantly, I fell in love, thinking, "Oh my God. Why didn't I study this?"

With this role, that’s when it hit me: "This is what I really love. This is what I can do for 70 hours a week and not be worried about it like I was in the law firm." I woke up and really enjoyed this work. I went back to school to take some core classes in marketing. I wanted to be proficient enough in the strategy and the concepts being discussed and not just sort of an execution-oriented marketer. I didn’t go to school to get my MBA; I ended up learning my job from the ground up. I started working as a marketing coordinator at Carnival in 2004. The rest is history.

What was it like diving into a new role in a new industry, and how did you navigate career growth along the way?

It's been a really fantastic run. Cruising was changing, transforming as a business a ton. When I first joined, it was primarily sold through third-party distributors, travel agents. But travel agents have evolved. What is considered a travel agency today is something like Expedia, Travelocity, and/or self-service, which is really taking off in this space. I've seen the business transform night and day in the nearly 20 years I've been in it, and I've held nearly every single role in a marketing organization.

I was at Carnival for about six years. I did about a one-year stint at a boutique hotel based in Mexico’s Riviera Maya, which was fabulous. Then I went back to cruising for about 12 years at Norwegian Cruise Line. I joined as a manager and left as the brand's first global CMO.

I walked in with two objectives, saying, "I want to go for the top job in marketing. I have no idea how or when or what that will look like, but I'm going to put my hat in the running for that. And two, I want to do something at the company that's never been done before. I want to really have an impact and break ground in some direction or another."

I was able to do that a few times over at Norwegian, so I'm very thankful for the opportunity and for my time there.

How did you navigate your career recognizing that you were one of the few young, diverse women in these spaces?

I'm super thankful for my mentor initially bringing me into that space. That moment for me, because of what it unlocked for me, made me very aware it was my responsibility, once I could, to open doors for other people, other folks.

It was my responsibility to do the same. It's really about providing access.

It's wonderful to see people be promoted into those spaces, but it was critically important for me to bring folks who don't look like the typical population, whether it's folks who are more junior, because there's this stigma you have to be a certain level of seasoning before you can contribute in a certain way. And to do so for women, and women of color in particular, is incredibly important to my value system, my beliefs. It's part of why AboveBoard specifically stood out to me as an organization I'd like to align myself with.

How did you discover AboveBoard?

I was thinking about being very intentional with this next career search. There's the traditional recruitment spaces, but I've never been a traditionalist. So, how do I actively find a place where my story, my narrative, is relevant and interesting? AboveBoard was on my radar, and I first learned about it via LinkedIn.

AboveBoard is disrupting the conversation as it relates to recruiting, and Virgin's doing the same for cruising. I think it's a wonderful match. That's a space I love to be in. I love to change a conversation, disrupt, do things differently, reimagine. Those two things being connected—it just felt very serendipitous.

Tell us more about your experience on AboveBoard’s executive search platform. What did that process look like for you?

It was incredibly tight and short, which is perhaps unusual. Having been involved in other executive searches, I know they can take months, like four, six, or eight months. I got the initial reach out in early August, and we were at offer by mid-September.

What I love about AboveBoard's platform is you could say, "I'm interested," and then let that permeate. Then, if the interest matches, it comes back to you. I’ve had other conversations with executive firms where it's a very exhaustive, comprehensive process, and maybe it leads to something, maybe it doesn't. With AboveBoard, it just felt like I was raising my hand, and if they’re interested and my profile matches, we’ll have a conversation. It was a mutual saving of both of our time.

I appreciated that it was efficient and modern. It didn't feel like being put through a machine not really built for me. I don't want to knock the big firms. I think they do such an excellent job of finding talent. But because they follow a traditional formula, I just didn't feel like that space was built for people like me. I really appreciated AboveBoard being a little bit outside of the box, having more new and modern ways of thinking about recruiting. 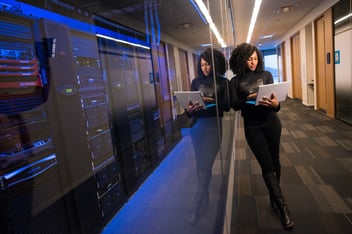 As the technology industry grows, so should your career.

END_OF_DOCUMENT_TOKEN_TO_BE_REPLACED 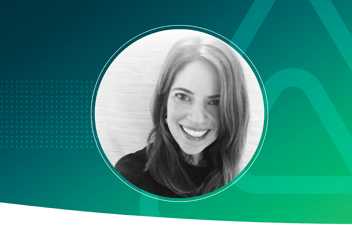 For Sara Gelenberg-Field, a career shift was just what she needed to realign who she was...

END_OF_DOCUMENT_TOKEN_TO_BE_REPLACED 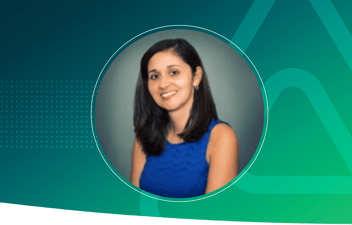 Throughout her journey in human resources, Kelly Scheib has seen the field evolve from fighting for...