How this exec pivoted from journalism to tech COO.

Elaine Richards is settling well into her new C-suite role.

We recently sat down with Elaine for a virtual chat, and to congratulate her on her new role as Chief Operations Officer at Basecamp—an opportunity that she discovered through AboveBoard.

Ahead, we chat with Elaine about getting to where she is today, shifting and adjusting throughout her career, and what she looks for in new opportunities.

You’ve had such an interesting career trajectory. Can you walk us through your professional journey at a high level?

It’s been a combination of timing and pure luck—that’s basically it. I came out of school as a journalism major. I thought that one day, if I worked really really hard, I might be a news editor. And now here I am, running tech companies.

Transitioning from media to tech is not a traditional industry pivot. What was it that shifted your focus from journalism to technology?

In 2010, I moved from McClatchy, a newspaper publisher, to Cars.com. Cars was originally founded by media companies that decided the best way to address the automotive marketplace was with a collective national footprint. So, part of the strategy was to stand up this entity and use sales teams from the various media organizations to represent it in the market.

"I thought that one day, if I worked really really hard, I might be a news editor. And now here I am, running tech companies."

There was about a one-in-a-million chance that Cars would have hired me. But, the reason they did was because I had this background in media companies and I was, in a sense, digitally-native. My first job at Cars was leading their channel reseller team, which was made up of people from these media companies that I knew.

What is the common thread across  all of the roles you’ve held throughout your career?

I would say that there are two things. One is sort of process-wise. I am a planner by nature, that’s how I mentally operate. But I think one of the things that I figured out is that it’s great to have a plan and have your sights set one something. So, throughout my career, I’ve always planned a certain next career step, and I’ve been wrong. Every single time. Something always happens and I end up making a cut-left. So, I have a plan, but am also open to the twists, turns, and opportunities that make life kind of wonderful.

"The people you work for and with really make or break the day-to-day."

The second thing is about what I look for in the organizations that I join.

(1) Businesses I can understand, with regards to how they work, what they need to accomplish, and how I can be helpful. It’s important to me that I have a good sense, from very early stages, how I would add value.

(2) Products and brands that I really believe in. Things that I would be proud to represent and tell my family and friends about.

(3) People. The people you work for and with really make or break the day-to-day.

From a people and culture perspective, have the things you’ve looked for in companies shifted over time?

In my early career, I had no appreciation for how different company cultures looked. I didn’t have the experience. And now I know that I prefer more informal environments and more open structures rather than formal, siloed organizations. I prefer more collegial atmospheres.

All of that to say, from a firm demographics perspective, that generally draws me to smaller places. So, it kind of all comes together.

What was it that ultimately led you to join AboveBoard?

I’ve had the great fortune of being a friend of True Search for around 5+ years, so it was one of the partners at True that introduced me to AboveBoard and encouraged me to sign up.

"Having AboveBoard allowed me to raise my hand for things I was interested in."

I don’t know of any other platform where someone with the background that I have, looking for roles of my type and level, can have access to a database like AboveBoard. It’s really nicely done. The opportunities listed there are unique—you don’t see them out in the world on LinkedIn or anywhere else. And there’s a lot of credibility there. So, I am a big fan.

It’s a great way for me to introduce others at a similar career stage to not only AboveBoard in general, but also executive search professionals in a really tangible way.

The traditional way [that executive search works] is that I have a friend “Sally” who is looking for another role. I say, “Okay Sally, talk to my friend, Courtney, who is with an executive search firm”. “Courtney” takes the call even though the odds she has something aligned with Sally’s background is minimal. So, the traditional process is alright but really inefficient.

What’s great about AboveBoard is that you can go and look for something that you know is a fit for you, express interest, maybe it works out and maybe it doesn't, but at least you can actually connect with someone in the right space to help you. It’s a much more productive process. 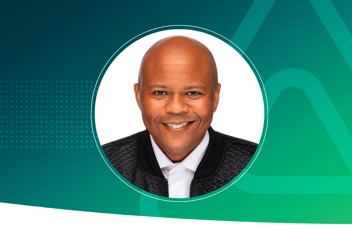 Success Stories: John Shumate, Board of Directors at The College Diabetes Network

John Shumate is a man of many passions—from people and marketing to sports and apparel.

END_OF_DOCUMENT_TOKEN_TO_BE_REPLACED 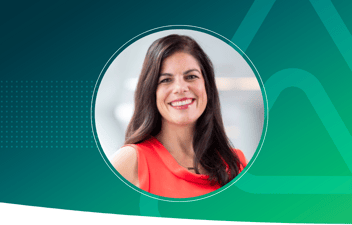 Teresa Mueller has over 20 years under her belt in the marketing space.

END_OF_DOCUMENT_TOKEN_TO_BE_REPLACED

For Sara Gelenberg-Field, a career shift was just what she needed to realign who she was...