Female CEOs of Fortune 500 companies are on the rise.

“Yet, the new high still only translates to around 15 percent female representation at the top of the country's biggest public businesses,” according to the World Economic Forum. “Calls for more equitable hiring seem to be slowly bearing fruit in the higher echelons of the business world, as the number of female CEOs has risen for the fourth year in a row.”

Ahead, we’ll learn more about some of the country’s top female CEOs, from female tech CEOs and history-making leaders to diversity champions.

Chair and CEO of Advanced Micro Devices (AMD), Dr. Lisa T. Su is one of the top female tech CEOs. When she took the lead at AMD in 2014, Su became the first female to lead a Fortune 500 semiconductor company.

In an interview with IEEE Spectrum, Su said she aims to cultivate a supportive, diverse company culture at AMD.

"What I try to do is ensure that we're giving people a lot of opportunities," she told IEEE. "We have some very strong technical leaders at AMD who are women, so we're making progress. But of course it's nowhere near enough and it's nowhere near fast enough. There's always much more that can be done."

“In Silicon Valley, it’s very difficult for entrepreneurs to cross the chasm and become executives, because people think of it as either/or—either you can build technology or you can become a corporate executive,” Ullal said in an interview with the University of Notre Dame’s Mendoza College of Business.

“Probably my greatest lesson I’ve learned is that you can remain an entrepreneur at heart and grow that entrepreneurial journey into a corporate executive role. Lead from the front, be an expert in your field, and use your strengths in technology and engineering to create that next billion," Ullal said.

Rosalind (Roz) Brewer became CEO of Walgreens Boots Alliance in March 2021, making her just one of two Black female CEOs in the Fortune 500.

In a recent interview with Health Evolution, Brewer offered the following advice to women and people of color “trying to shatter the glass ceiling:”

“I’m asked to give advice to students and those beginning their careers regularly,” Brewer said in the interview. “What I say is … as you’re embarking on your careers, please do dream big and do not place limits on your dreams or aspirations based on others’ or society’s expectations of you.”

“Be your whole, authentic self, and bring both your head and your heart to your decisions in your work to achieve your dreams.”

Debra A. Cafaro of Ventas

Debra A. Cafaro, Chairman and CEO of Ventas, Inc., is a recognized leader working at the intersection of healthcare and real estate. Cafaro has been widely-recognized for her business successes and remains engaged in the community in a variety of fields, from business and policy to sports and education.

“As the daughter of first generation Americans, I remember the hard work and sacrifices my parents made to send me to college and law school,” Cafaro told the Law School when the scholarship was established.

“It was a real stretch for them to give me opportunities they never had. My exposure to the Law School’s exceptional student body and brilliant faculty changed my life. They gave me an education and the confidence and tools to succeed in law and business. I am eternally grateful. Now, my husband, Terry Livingston, and I are thrilled to make it possible for more middle and working class students to attend this first-class law school. They will add immeasurably to the educational and social dynamics at the Law School and surely will thrive.”

Jane Fraser became the first female CEO of a major U.S. bank in March 2021 when she took over at Citigroup. Time Magazine credited Fraser’s ascent at the Wall Street bank in part to her “multiyear effort” to increase diversity at the company.

“The talent exists, full stop,” Fraser said. “And it’s time to kill the notion that there’s a trade-off between diversity and meritocracy.”

The first female CEO of a large US biotech company, Reshma Kewalramani has been at the helm at Vertex Pharmaceuticals since 2020.

In a Diversity in Action Q&A with Pharmaceutical Executive, Kewalramani outlined Vertex Pharmaceuticals’ “multifaceted approach” to closing the gender and race/ethnicity gap in leadership. For example, Vertex invests in STEAM education and partners with organizations like Year Up to close the opportunity divide.

These contributions ultimately help to diversify the candidate pipeline. Within the company itself, Kewalramani says Vertex is already changing the status quo through their diverse leadership. Across the board, women make up at least 40 percent of Vertex’s board of directors, executive committee, and leadership (VP and above), she said.

Founder and Chief Executive Officer Lucinda Duncalfe launched AboveBoard with the aim of turning the executive hiring process on its head.

“For years companies have pledged to increase diversity in their executive ranks and on their boards and have struggled to make any true progress, according to Duncalfe. “Companies cannot continue to use the same hiring methods and expect a different outcome.”

Traditional methods of executive hiring methods, like retained executive search firms and leveraging personal networks, are inherently exclusionary. They rely on existing networks that often leave out marginalized groups of executives, thereby contributing to their underrepresentation in executive leadership.

By connecting untapped networks of talented candidates to today’s leading companies and organizations, AboveBoard “rebalances the power between candidates and hiring firms.”

“Executives should get hired based on what they know, not who they know. AboveBoard makes this possible,” Duncalfe said.

At AboveBoard, we’re on a mission to diversify executive leadership. We believe that long-lasting and impactful change starts at the top.

While there are more female CEOs of Fortune 500 companies than ever before, the work to advance diversity, equity, and inclusion is far from over. Join us as we equip executive candidates and leaders with the opportunities, tools, and resources they need to build inclusive workplaces. 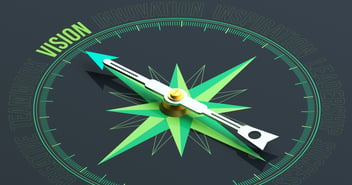 Why Our Seed Funding is from True, Not a VC

Having raised a dozen rounds from institutional investors over the span of my career,

END_OF_DOCUMENT_TOKEN_TO_BE_REPLACED 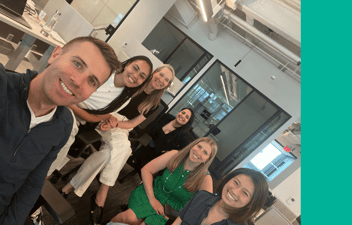 END_OF_DOCUMENT_TOKEN_TO_BE_REPLACED

How to Apply a Startup Strategy to Increase Team Diversity

Companies that decide to build a more diverse pipeline to their executive team often make one...