It’s time to reframe the conversation around negotiating executive compensation.

Forget the power plays or the overemphasis on salary. Instead, center these all-important discussions on value. It’s more effective, helps you see the big picture, and will guide you toward negotiating from a place of confidence and strength.

Value-based executive salary negotiation doesn’t have to be complex. Ahead, we’ve outlined the do’s and don’ts of negotiating your executive compensation package as well as how to approach these conversations from a mindset standpoint.

The do’s and don’ts of negotiating executive compensation

According to Harvard Law School’s Program on Negotiation, one of the top negotiation mistakes is “fail[ing] to thoroughly prepare.” In-depth research and goal setting can be the difference between successfully negotiating an executive compensation package and missing out on potential executive perks to negotiate, or worse, even leaving money on the table.

“You may think you’ve prepared thoroughly if you have strong opinions about what you want to get out of the deal, but that’s far from sufficient,” according to PON. “Wise negotiators understand the importance of taking ample time to analyze several aspects of negotiation carefully.”

So, how do you set goals or priorities when it comes to negotiating executive compensation?

The framework presented in Getting to Yes: Negotiating Agreement Without Giving In, a publication based on the work of the Harvard Negotiation Project, suggests first establishing a “best alternative to a negotiated agreement” or BATNA. Think of the BATNA as your contingency plan. The authors of Getting to Yes also recommend defining “your reservation value, or your walkaway point, and to try to estimate the other party’s BATNA.” From here, you’ll have a strong frame of reference to guide you throughout the executive salary negotiation process.

Don’t: See negotiation as all-or-nothing
Do: Prepare a strategic, yet flexible plan

Before planning your executive salary negotiation strategy, it can be helpful to take a step back and think through your approach from a mindset standpoint. Oftentimes, it’s easier or more simplistic to see negotiation as a form of confrontation rather than an opportunity for collaboration. With the former, it’s about playing hardball to get what you want. But employing an aggressive approach, especially too early in the negotiation process, can actually work to your disadvantage, according to CIO Magazine. Some candidates who began negotiations from a position of aggression or even anger have had their offers rescinded, per the magazine.

Instead, prepare for your executive job offer negotiation with a flexible, collaborative mindset. Being flexible doesn’t mean giving up what’s important to you; rather, it’s about keeping your priorities in focus while engaging in a conversation aimed at a mutually beneficial end.

Ultimately, you can think of negotiating executive compensation as another opportunity for your prospective employer to see your character and leadership in action. How you engage throughout these conversations can be just as important as what you’re negotiating.

Negotiating an executive compensation package is where crafting your “best alternative to a negotiated agreement” or BATNA will be incredibly helpful. For instance, if the organization cannot meet your salary requirements, perhaps it’s possible to up the value of your compensation package through other means.

Executive salary negotiation as a minority or underrepresented executive

For minority or underrepresented executive candidates, negotiating executive compensation can be far from straightforward. Research shows that the realities of implicit bias, some stemming from gender or racial stereotypes, can be setbacks when it comes to negotiating an executive compensation package. But in light of some of these challenges, there are still steps underrepresented executives can take to advocate for themselves and what they deserve.

First, it’s important to understand the need to negotiate in the first place. One of the top mistakes women make is “not being confident enough to negotiate,” says WIN (Women in Negotiation), an organization devoted to empowering women’s negotiation skills. The same goes for minority and underrepresented candidates too. Any time you accept an executive job offer at face value, you’re likely accepting the lowest offer available, leaving money and opportunities on the table.

Negotiation is not only a necessary aspect of securing an executive-level post, it’s also expected. Think of negotiation as a means to practice self-advocacy and articulate your value. Don’t let imposter syndrome or minimizing your achievements win the day. Embrace your background, experiences, and accomplishments—all the parts of your story that have brought you this far. If you’re in a place where you’re negotiating executive compensation, the hiring organization has recognized your value. Now, it’s time for you to do the same.

Promote equity in the C-suite with AboveBoard

Negotiating executive compensation should be an opportunity for leaders to engage in, not an obstacle to overcome. At AboveBoard, we believe in the power of diversity, equity, inclusion, and belonging to transform people, places, and even processes.

Here is how an AboveBoard membership works

AboveBoard leads you directly to your next board or full-time executive opportunity.

END_OF_DOCUMENT_TOKEN_TO_BE_REPLACED 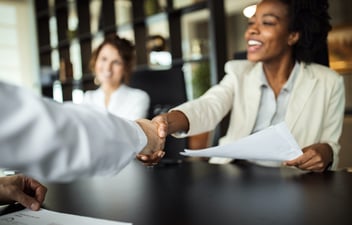 Pulling back the curtain on executive search

If you’re looking for an executive position this year, you have a lot of power.

END_OF_DOCUMENT_TOKEN_TO_BE_REPLACED 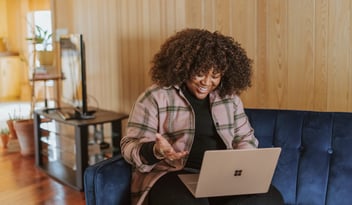 Why is diversity important in the workplace?

On the whole, the United States is rapidly diversifying.